With this article, we get back to exploring invasive exotic species, and this time it’s the water chestnut or water caltrop (Trapa natans), not to be confused with the Chinese water chestnut (Eleocharis dulcis) that you can buy in cans in grocery stores and used in Western-style Chinese food. The water chestnut is a floating annual aquatic plant native to the warm temperate areas of Eurasia and Africa. The underwater stems of the water chestnut can reach as far as 12-15 feet and anchor themselves in the mud with very fine roots. On the submerged stem are feathery divided leaves but at the surface are undivided triangular or ovoid leaves with saw-toothed edges in a rosette formation. Each fruit of this plant is a nut armed with four sharp barbs. Each nut contains a single large, starchy seed that is edible, and the plant has been cultivated in parts of Asia for more than 3,000 years for that reason. In its native habitats, insects keep the plant in check, but since we don’t have those insects in North America, water chestnut can become extremely invasive. It’s an annual that dies back each year, but the distribution of its seeds, which can remain viable for 12 years, brings it back stronger each year. 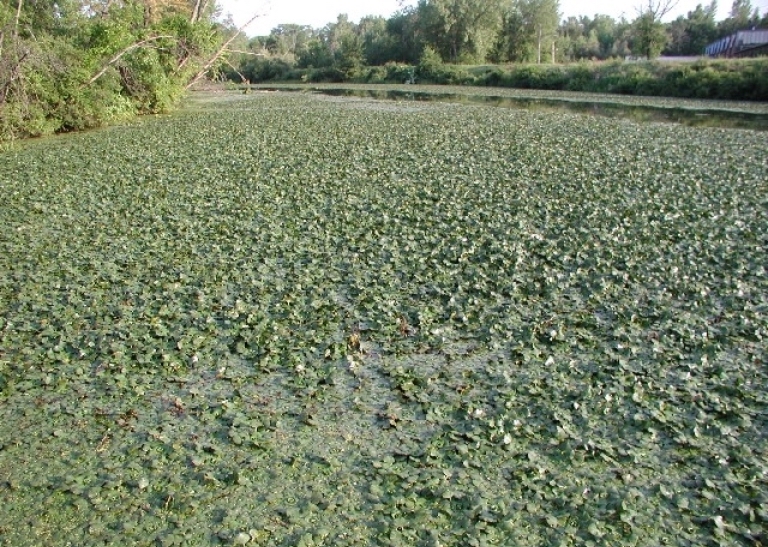 Major water chestnut infestation on a river in NY. 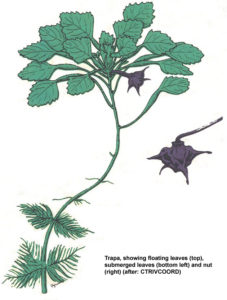 Origins: Native to warm temperate regions of Eurasia and Africa, water chestnut was brought to the US in the 1870s. It was being grown in a botanical garden of Harvard University from which it escaped and began infesting the Charles River. It was also introduced to Collins Lake near Scotia, NY in the 1880s.

Habitats: Although water chestnut typically prefers calm, nutrient-rich water bodies, it can and does survive in in slow-moving waters as well. It can over-winter in the frozen lakes of norther climates.

Eco-Impacts: This is a highly competitive species that can quickly spread and form dense impenetrable matts on the surface of water bodies that displace native species, reduce biodiversity, hamper recreational uses, reduce real estate values and harm aesthetic values. The barbs on each nut are very sharp and can penetrate shoes with leather soles, posing a hazard to people.

Distribution: One of the worst infestations covers more than 300 acres on Lake Champlain between New York and Vermont. Water chestnut is now found in the following areas: Connecticut, Maryland, Massachusetts, New York, Pennsylvania, Vermont, Virginia, and in the Canadian Province of Quebec.

Controls: While small infestations can be pulled by hand, larger infestations require mechanical harvesting, ideally before ripe seeds are produced. Because the seeds remain viable, mechanical harvesting will need to be repeated yearly for at least a decade to fully eradicate the plant. The same would hold true if herbicides are used. Research is being conducted at Cornell University to see if there is an insect predator from China that can be brought in to help, but it’s a tricky proposition to introduce a new exotic species unless you can be sure it’s not going to negatively impact native plants. 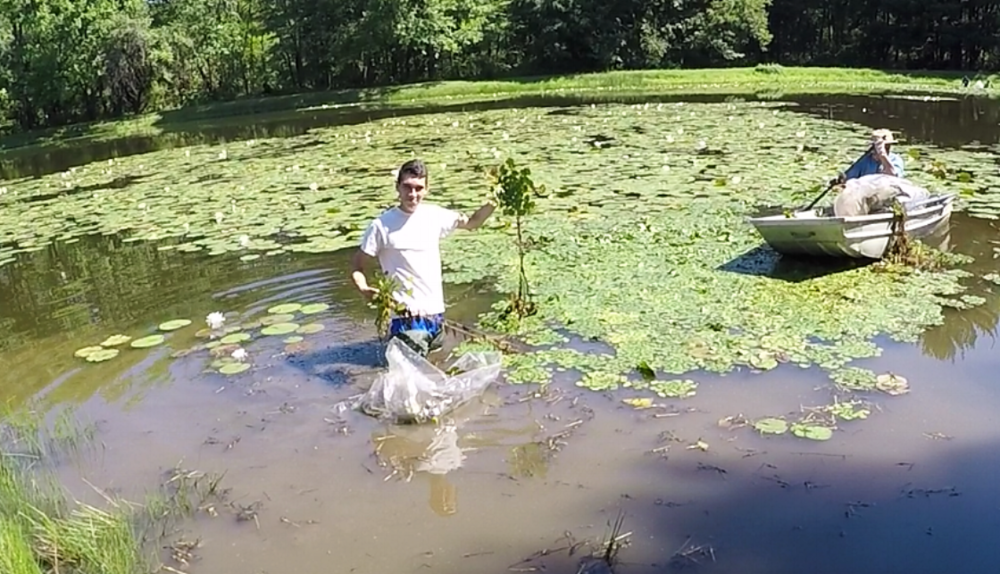 Hand removal of water chestnut from a pond in the Perkiomen watershed in PA.

Most people don’t want to use chemicals on ponds or rivers to get rid of an infestation of water chestnut. It’s a dangerous form of treatment that could have all kinds of unforeseen negative consequences and impacts on the very ecosystem you’re trying to protect. One of the most effective ways to tackle a major water chestnut invasion is using a Weedoo Environmental Work Boat such as the Weedoo Compact Workboat combined with the Weedoo AquaHarvester. 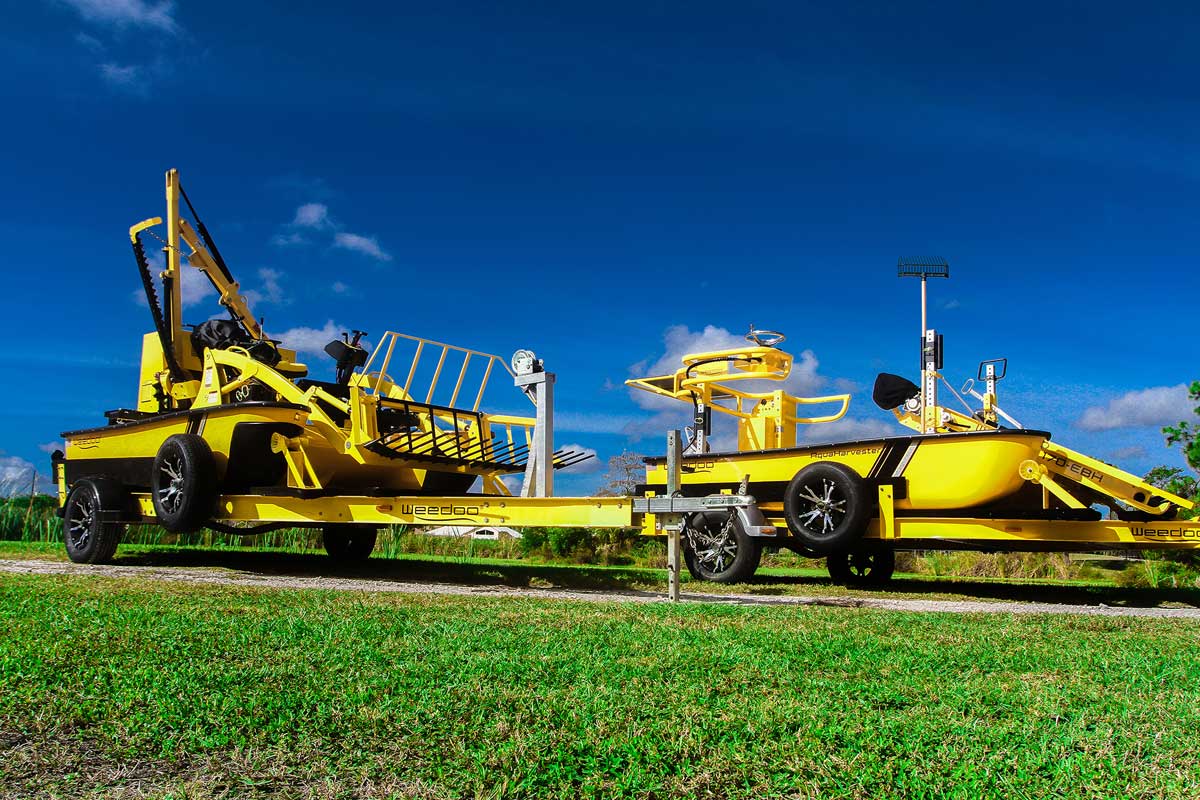 Water chestnut is an especially nasty invasive exotic aquatic plant that is causing major headaches from Vermont to Virginia. Weedoo workboats can help!