Duckweed makes our list of worst water weeds because it can be a huge nuisance to ponds and other still water bodies. There are many different species of this flowering floating aquatic plant, most of which are native, but at least one of which is exotic. What they all have in common, however, is that with the right conditions, they can become incredibly invasive and wreak havoc on other native species. And yes, it also makes the list of 79 different invasive and exotic aquatic plants maintained by the Center for Invasive Species and Ecosystem Health. While ducks do love to feed on it, this water weed can rapidly outstrip the appetite of local waterfowl and take over a pond.

Common duckweed (Lemna minor) is a floating freshwater aquatic plant featuring one, two or three leaves, with each having a single root hanging in the water. The plants can divide rapidly as more leaves grow and become separate individuals. The roots tend to be 1–2 centimeters long. The leaves are oval-shaped, typically 1–8 millimeters long and 0.6–5 millimeters wide, light green, usually with three (rarely five) veins and small air spaces for flotation assistance.

Giant duckweed (Spirodela polyrhiza) typically has two or three rounded leaves that are most often connected and sometimes feature a red dot on top. Giant duckweed usually has several roots (as many as nine) hanging underneath each leaf. The under-leaf surface of this species is dark red.

Dotted duckweed (Landoltia punctate) is often confused with giant duckweed, but dotted duckweed is smaller, more shoe-shaped, and does not have a red dot on top. It typically features fewer roots (up to 4), and sometimes has a red margin on the underneath of the leaves. The “dotted” part of its name refers to barely perceptible raised dots on the surface of its leaves. 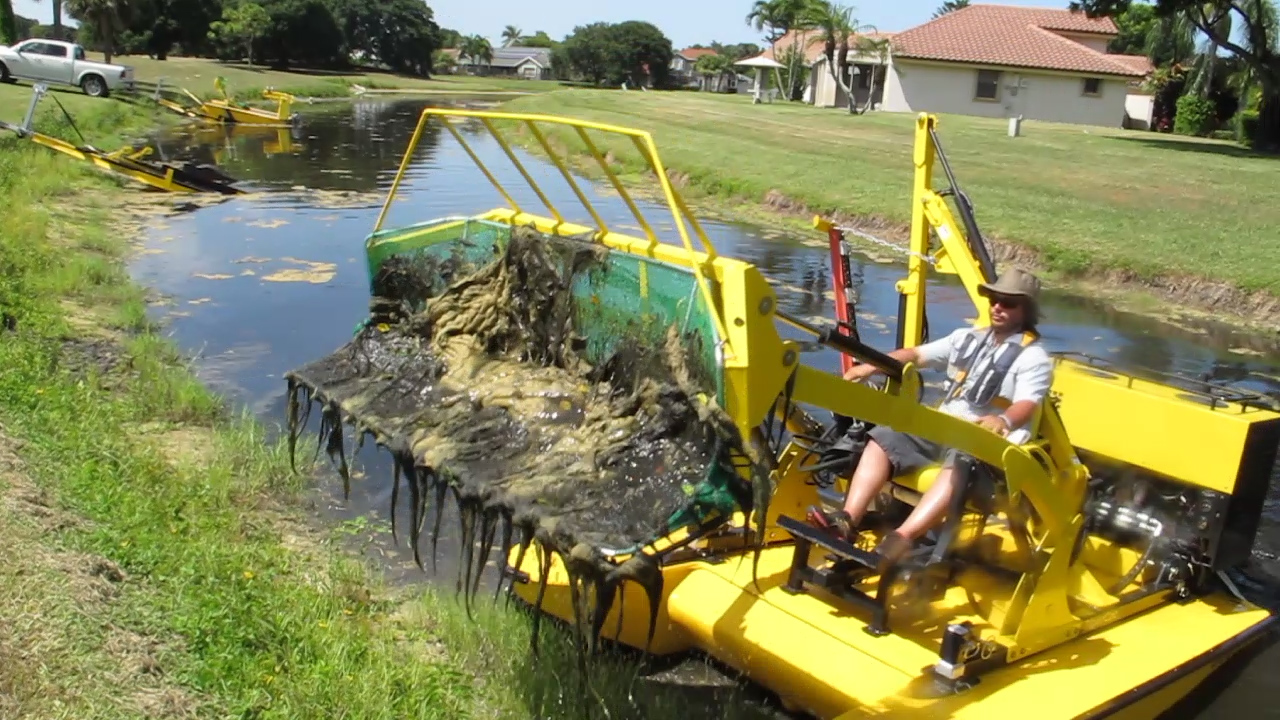 Controlling duckweed includes the physical removal. If you have a windy day, removal can be easier because the wind can push the plants to edges of the water body. Physical control of duckweed can be accomplished raking the plants off of the pond, but be sure to transport the harvested plants far enough away from the water body for disposal so that wind and runoff can’t transport them back to the pond. 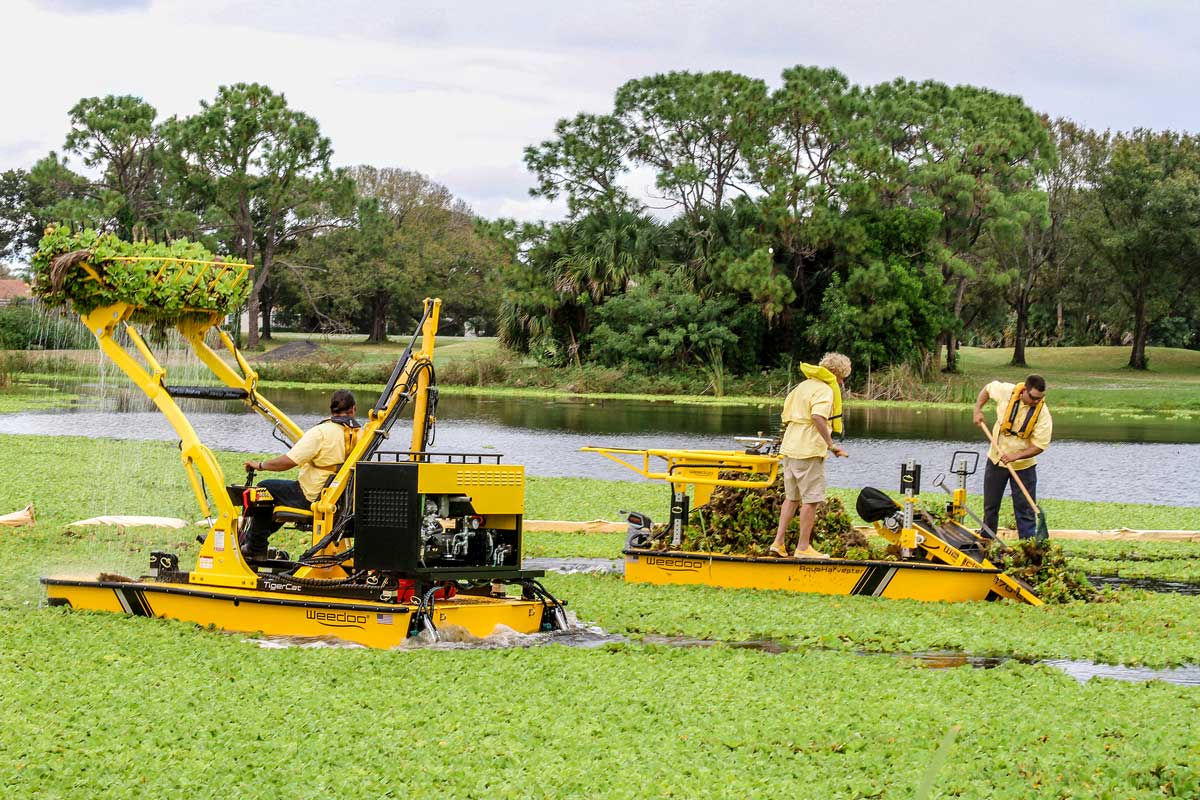 Consider a Weedoo Work Boat such as our TC 3000 series or AquaHarvester.

Duckweed makes our list of worst water weeds because it can be a nuisance to ponds and other still water bodies. Get an edge on it with Weedoo Workboats.