On February 2 in the small town of Punxsutawney, Pennsylvania, crowds of people waited for the weather prognosticating groundhog named Phil to emerge and make his annual prediction about how much more winter there would be this year. If the large rodent sees his shadow, then there will be six more weeks of winter. If he doesn’t see his shadow, then there will be an early spring. If you live significantly further north than Pennsylvania, Phil’s prediction is less relevant because on February 2 you know there’s almost always going to be more a lot more winter! But it does raise the question about wintertime water ecosystems. These water bodies do not shut down in the winter, and if you want to get ahead of water weed challenges, now is the time to be forming your plan of action. 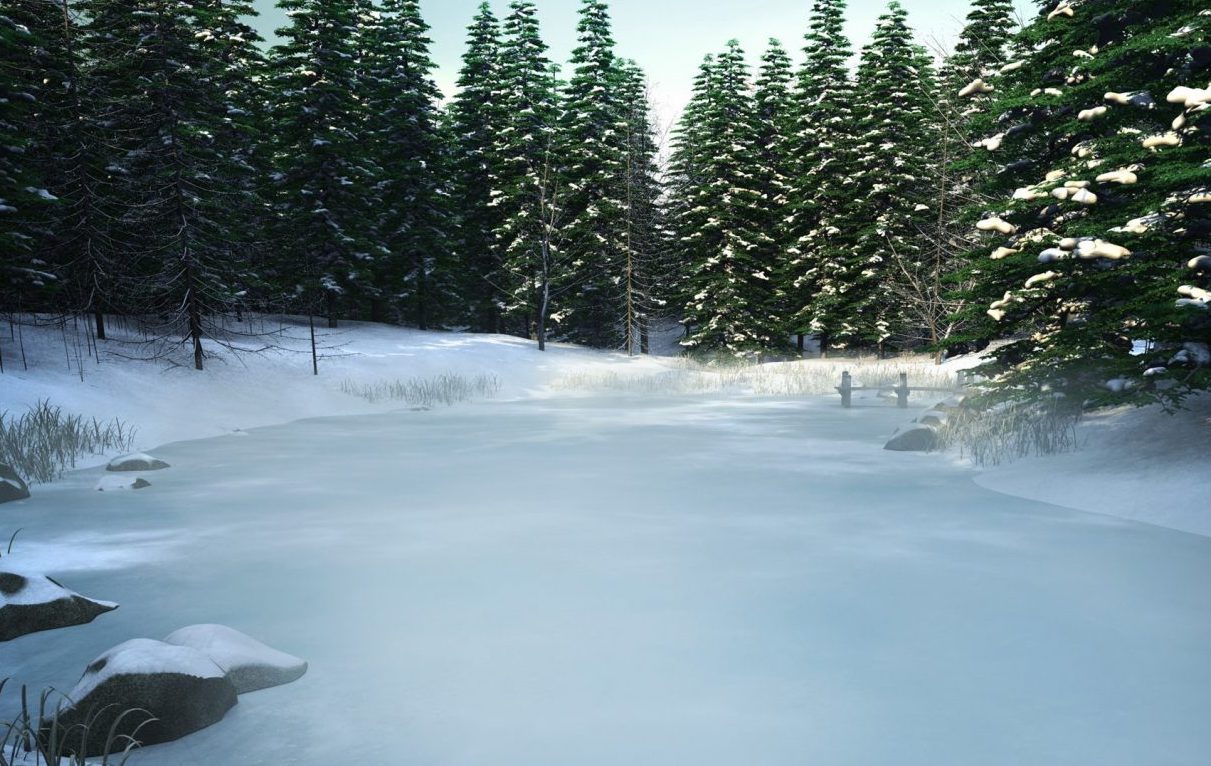 While wintertime water ecosystems look like they have shut down, water weeds are lurking below the surface.

Many of the worst invasive water weeds have been transplanted here from climates that are significantly warmer. It seems reasonable to think they should completely die off during a long, cold winter, right? Wrong! The wintertime water ecosystem, whether it’s a pond, lake or slow-moving river, essentially acts as a giant insulator, protecting the plants from freezing temperatures down towards the bottom. Many water weeds simply go dormant and bide their time until temperatures warm up enough that they can put growth into high gear– and you need to be ready for them.

One approach used by some is to deliberately draw down a water body enough that the plants are exposed to lower temperatures that kill them off. But this is a tricky strategy to pull off because it could have unanticipated negative consequences for wildlife that depend on the water body over the winter, not to mention whether or not the downstream watershed can handle the extra flow created by the drawdown. There are quite a few northern examples of using this strategy, such as the Foss Reservoir in Framingham, Massachusetts, which is intentionally lowered by as much as ten feet in the battle against Eurasian watermilfoil. But if you didn’t or couldn’t do a winter drawdown before winter, now is the time to start thinking about how you’re going to tackle water weeds when spring germination begins. 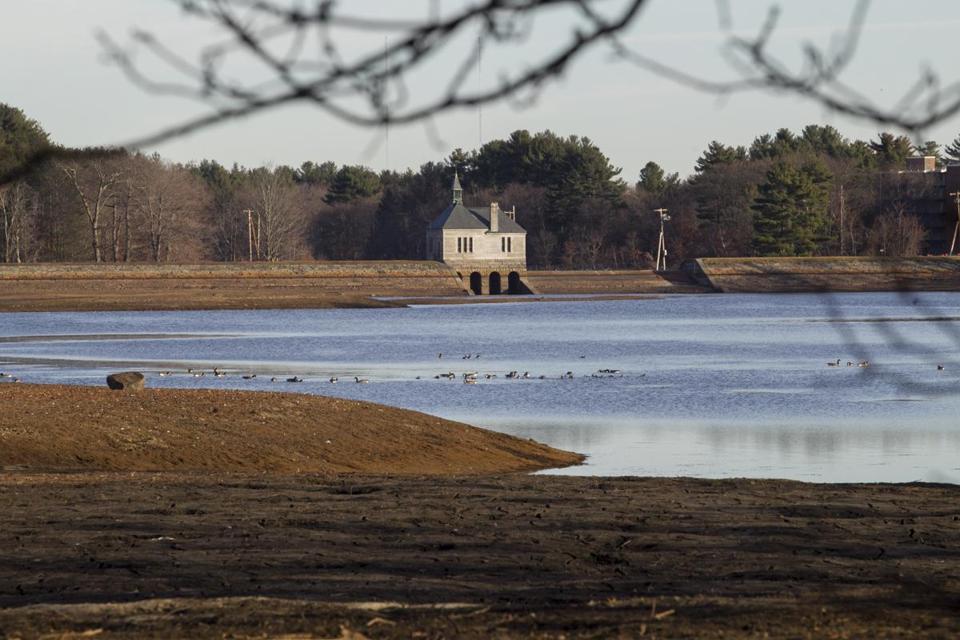 Don’t let the peaceful appearance of ice-covered wintertime water ecosystems fool you into being complacent about water weeds. They’re under there, just waiting patiently for spring to arrive. And when they get going, they can quickly get ahead of you and take over any pond, lake, river or reservoir. The good news is that Weedoo has an array of work boats and equipment that will give you the upper hand in the battle against water weeds. 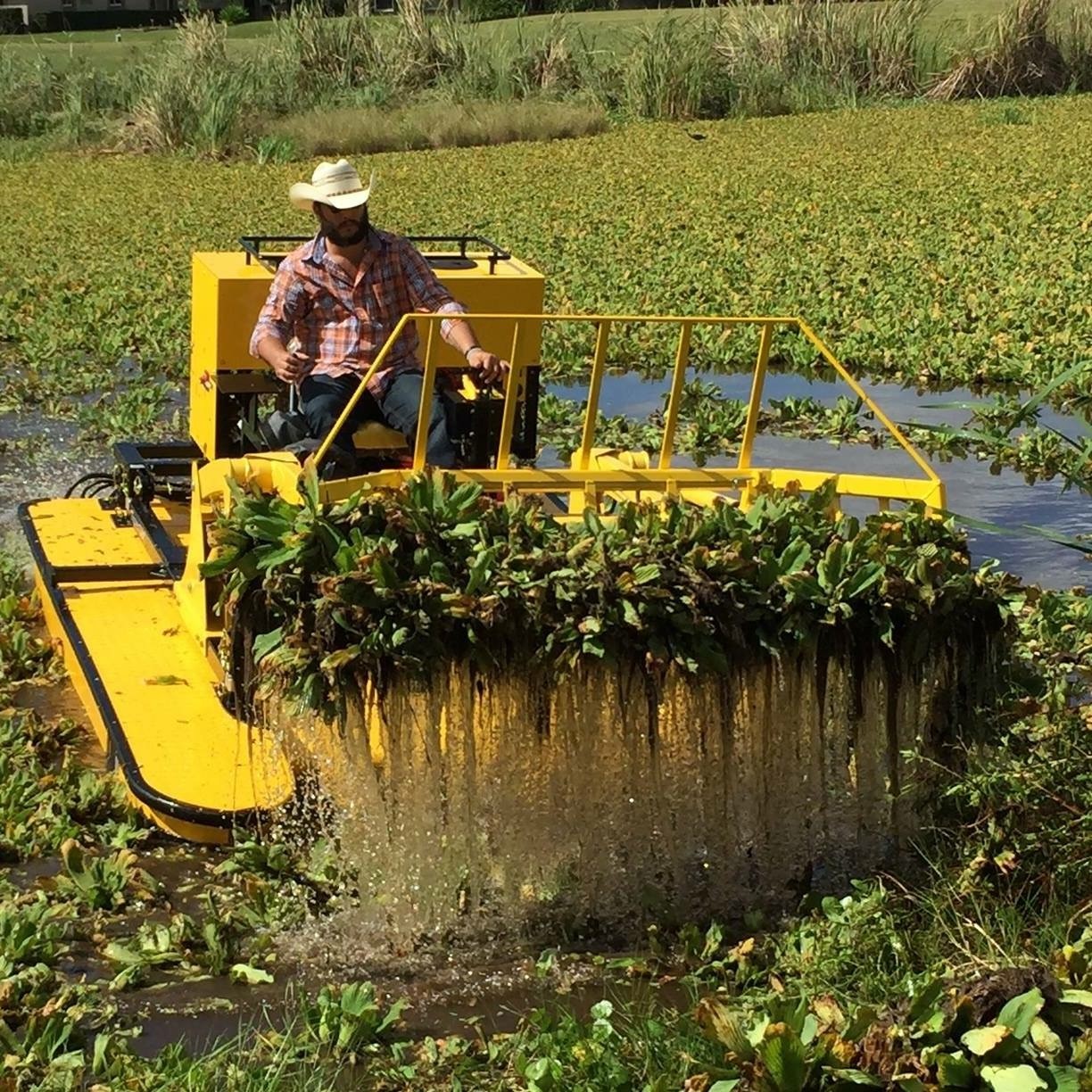 The Weedoo Compact Workboat has many great features that make it a real workhorse for tackling water weeds. The two weed-fighting aspects of this boat include the front-end loader universal marine bucket system and the deck-mounted marine boom cutter. The boom cutter is lowered down into the water and can cut weeds at a depth of five feet. The front-end bucket is then used to scoop up the plant material and deposit it on the shore for removal. The factory-installed PowerPack features fluid-cooled gas or diesel engine options with electric start. The cyclonic hydraulic system provides eco-friendly fluid to a high-efficiency triple-pump setup producing 27 GPM. This system includes twin propulsion outdrives with Weedoo Weed-N-Mud propellers and quick-change hydraulics for a variety of our aquatic work attachments. It also comes with a T-1305 highway transportation trailer.

When you need to remove large volumes of water weeds, the Weedoo Aquaharvester is the boat you that will give you the upper hand in the battle against water weeds. The conveyor/harvesting system with detachable bag collection assembly allows you to get the weeds out of the water for further disposal, and the factory-installed Weedoo 24-Volt PowerPack includes a lithium/solar battery system that can run all day without using fossil fuel. Available in single or twin Torqeedo outdrives mounted on the Weedoo Power trim-n-tilt system, this one also comes with a T-1305 highway boat trailer.

In addition to these boats, Weedoo has both shoreline and onboard conveyors, the siltsucker dredge boat, and a number of helpful accessories. Wintertime water ecosystems may look like they’ve totally shut down, but they haven’t. They are still active, and your water weed challenges, though they may be dormant at the moment, are ready to spring into action. You can be ready for them with Weedoo work boats. Contact us today for more information!

Wintertime water ecosystems may look like they’ve shut down, but water weeds are there and ready to spring into action. Be prepared with Weedoo workboats!